Hello to you all! We’re in the middle of summer right now, and the time to travel is finally arriving, of course! I was looking at my album about our last summer trip to Fuerteventura, Canary Island. What a beautiful place! 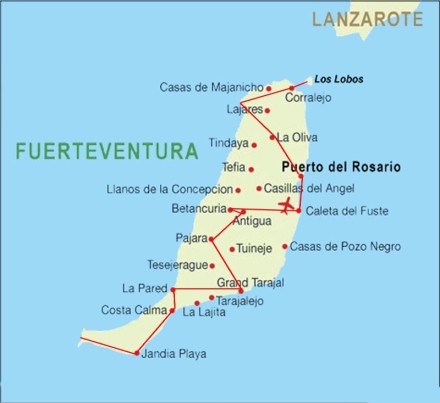 Fuerteventura is the second largest island of the Canaries after Tenerife and the closest to the African Coast (distance 97 km). At north-east,  6 km distance, lies the small island of Lobos, which depends on Fuerteventura. Together with Lanzarote is an arid and sparsely populated island. Fuerteventura, from the geological point of view, is considered the oldest of the Canary. Its strange shape was created by a series of volcanic eruptions many thousands of years ago. It is believed that the first settlers have arrived from North Africa – the term Mahorero’ or Maho is still used today to describe the people of Fuerteventura, and comes from the ancient word ‘mahos‘ that is related to a type of goat leather shoes worn by the original inhabitants. In 1405, the French conqueror Jean de Bethencourt occupied the island and gave his name to the former capital,Betancuria. (Puerto del Rosario took its place as capital 1835)
The geographical location of the island  has allowed the sands of the Sahara to settle on the coasts, creating numerous beaches. In my opinion, the greatest and pristine beaches are located in the south of the island.

Our starting point was Morro del Jable, the most famous tourist resort in the south of the island, with a beautiful white sand neverending beach, that you could walk up to the lighthouse. 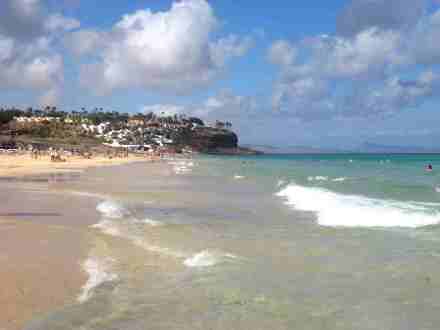 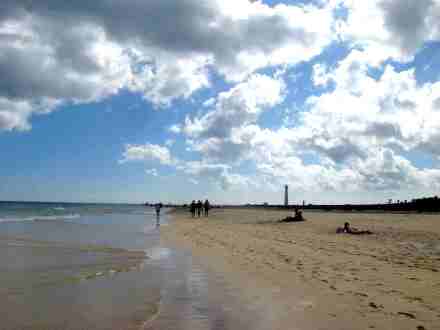 Here we hired a car (we choose Cicar local company and we were really satisfied), and we started exploring the surroundings: we went to the very southern tip of the island, were Jandia Lighthouse stands: the landscape all around the lighthouse becames little by little more deserted, and barren; the road was no more paved, with many panoramic curves. 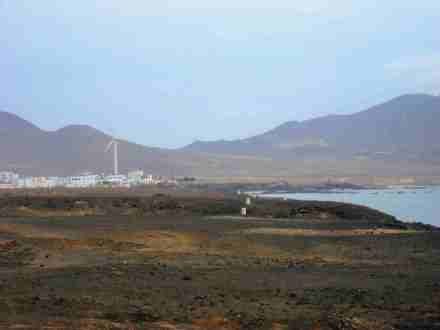 While going to the south, it’s impossible to take the wrong road, because there is only one path: you are catapulted suddenly into an almost lunar landscape. The last tiny group of houses you’ll meet is a place called “El Puertito”: here the locals welcome the few tourists who come here. 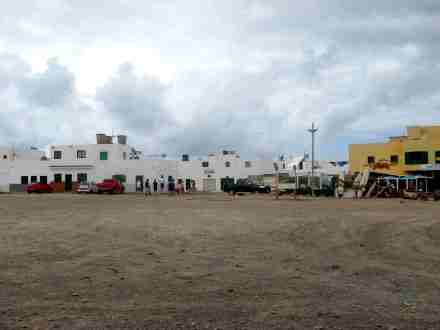 From the lighthouse, the seascape is breathtaking: alternating red and black rocks are washed by the waves of the ocean. Anciently, Jandia was a separate island and only later joined to the island by deposits of sand. 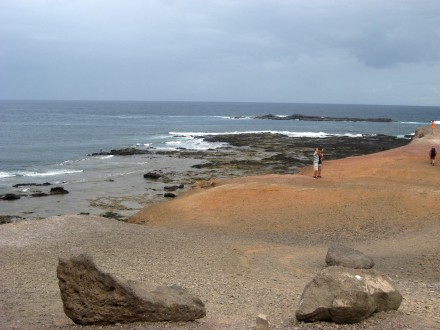 Following the main road for the up-country, you’ll find indications for Cofete beach, on the opposite side of the island. (in its lower part Fuerteventura is only 7 km width). Same here the roads are not all paved, but the landscape all around will surprise you and truly deserve a visit. You first see Cofete and Barlovento beaches from the high-road: then you will come down by a winding road till you reach the ocean. 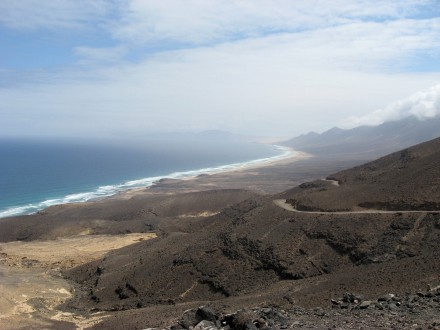 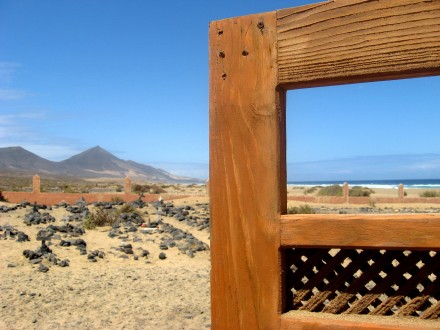 Before reaching the beach, you’ll find on the left the small Cemetery of Cofete, on the south west side of Fuerteventura. It’s located directly on the lonely, but very beautiful beach. 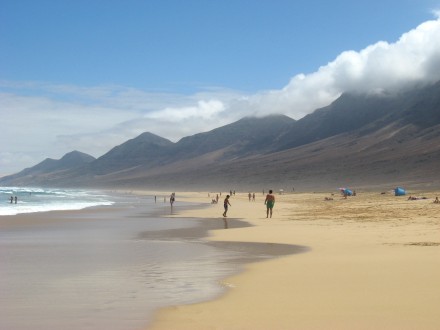 We strolled along the beach for a whole saturday afternoon, only us and the nature all around. Just fantastic. Returning to Morro Jable, don’t miss the chance to relax a bit in one of the beautiful beaches all around -they’re called generally beaches of Sotavento- like Risco El Paso, a beach (with lot of wind, often, it’s ideal for surf and kite) where the ocean creates many natural lagoon, for the effect of high/low tides. In these natural “swimming pool” is not rare to walk in only 40 cm of water. 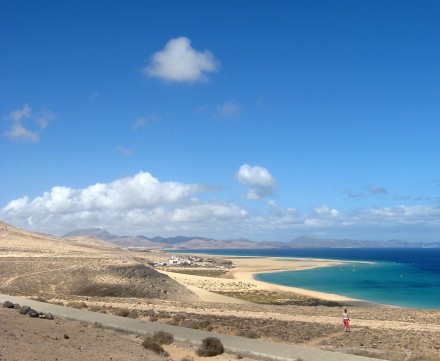 To end the touristic itinerary you can go to La Pared, a small black rocks beach, which is quite deserted in the evening and where you could admire the beautiful sunset on the island. The village is so tiny that it has only a restaurant in front of the ocean. Pretty romantic, isn’t it? 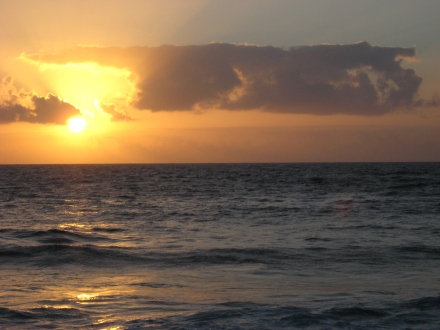 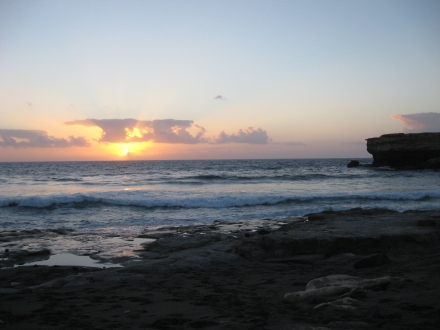