Hello! Let’s continue our itinerary paying a one day visit to Tulum and Cobà Mayan ruins. This is a classic excursion, so, it’s possible that there will be lot of people visiting in the same time as you. I must say that just entering the archeological sites is exciting, ’cause the ruins are both just in the middle of the jungle. 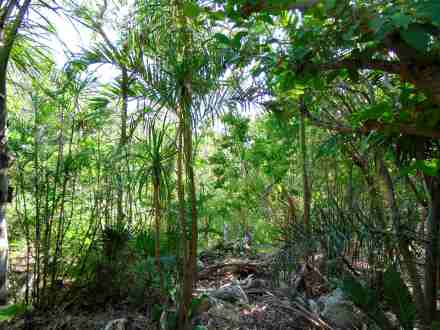 Tulum is one of the most important archeological site, and the only one located on the ocean. It is one of the earliest settlement in Mexico, offering a place of worship and solitude for the Mayan Kings. Its tropical beach is the main attraction of this picturesque, small ruins on the shore of the Caribbean Sea. To avoid the crowds, it’s best to visit the ruins early in the morning before the buses arrive, or later in the afternoon. 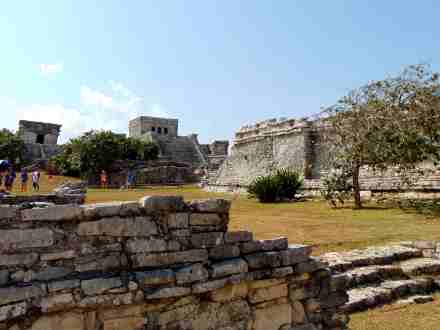 With an estimated population of 1,000 to 1,600 inhabitants, Tulum is the location of a Pre-Columbian Maya walled city, serving as major port for Cobà. Tulum was one of the last cities inhabited and built by the Maya. From numerous depictions in murals and other works around the site, Tulum appears to have been an important site for the worship of the Diving or Descending god.

Even when crowded, it’s not hard to imagine the city of thousand years ago, thanks to the well-preserved buildings of the site. Today, the buildings and the surroundings are the iguanas’ home: they will appear in many places during your visit, and you could even touch them. (i did, they’re peacefull and “used” to tourists, don’t worry!)

Tulum has the typical architecture of Mayan sites on the east coast of the Yucatan Peninsula. This architecture is recognized by a staircase running around the base of the building, which sits on a low substructure. The doorways of this type are usually narrow, with columns used as pillar if the building is big enough. In the inside there are usually two sets of molding near the ceiling. You could clearly see in some parts that Maya used to colour walls with red or light-blue painting. Researchers could suppose that rooms in the main buildings usually contained one or two small windows with an altar at the back wall. This type of architecture resembles what can be found in the nearby site of Chichen Itza, just on a much smaller scale. 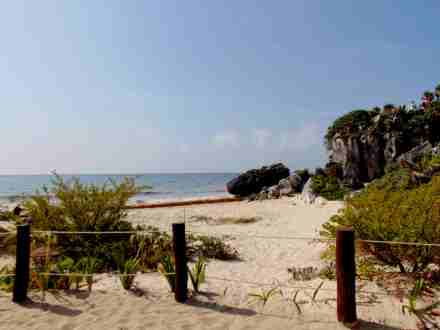 Cobà ruins too surely worth a visit: it’s another large ruined city of the Pre-Colombian Maya civilization. The buildings aren’t in as pristine shape as the Tulum Ruins, however their feature is “El Castillo” the tallest pyramid of all the Mayan ruins that juts up above the treetops in the jungle.

Climbing the Castillo is a “must do” of the excursion, and the sight from the top is spectacular. (the last photo in this article is the view from the top of the pyramid – exciting, isn’t it?) We explored the ruins by walk, but you could also rent a bike, just go to the rental place inside the ruins, at the entrance. Coba is only a 30 minutes drive west of tulum, always following the main road. In Cobà you could also admire the area where took place the “juego de la pelota” (Ball game), a small one compared to that of Chichen Itza. 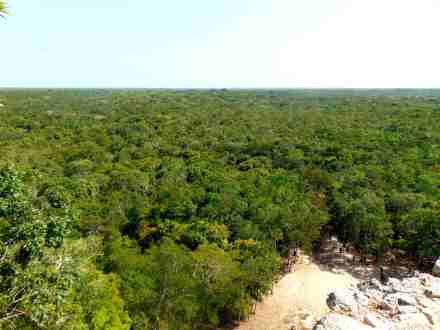 4 thoughts on “TULUM AND COBÀ”