Hello!Finally a little time to begin talking about our last trip! Let’s start our Swiss tour from Berne, a city that I never visited before. You surely know that Bern is capital of Switzerland, and it gives name to the Canton in which is located. The official language of Bern is German, but the main spoken language is the Alemannic Swiss German dialect called Bernese German. (but just in case, they speak fluently English, French, and someone also Italian!I was amused by the fact that, while talking with people, I was not sure every time about what language I should have used). 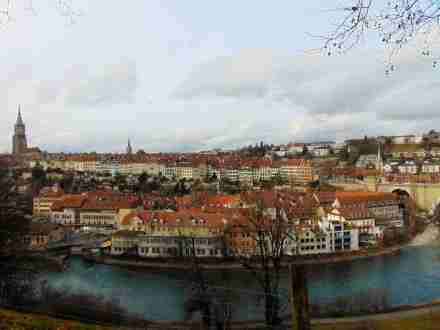 The etymology of the name Bern is uncertain. According to the local legend, the founder of the city of Bern, vowed to name the city after the first animal he met on the hunt, and this turned out to be a bear. The bear was the heraldic animal of the seal and coat of arms of Bern from at least the 1220s.

The city was originally built on a hilly peninsula surrounded by the river Aare, but outgrew natural boundaries by the 19th century. As a conseguence, a number of bridges have been built to allow the city to expand beyond the Aare. Bern is built on very uneven ground. There is an elevation difference of several metres between the inner city districts on the Aare (Matte, Marzili) and the higher ones (Kirchenfeld, Länggasse). That’s why it has such scenic sights. 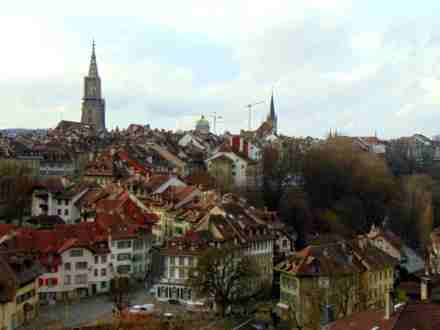 The structure of Bern’s city centre is largely medieval and has been recognised by UNESCO as a Cultural World Heritage site. Perhaps its most famous sight is the Zytglogge (Bernese German for “Time Bell”), an elaborate medieval clock tower with moving puppets.

It also has an impressive 15th century Gothic cathedral, the Munster, and a 15th-century town hall. Thanks to six kilometres (4 miles) of arcades, the old town boasts one of the longest covered shopping promenades in Europe. 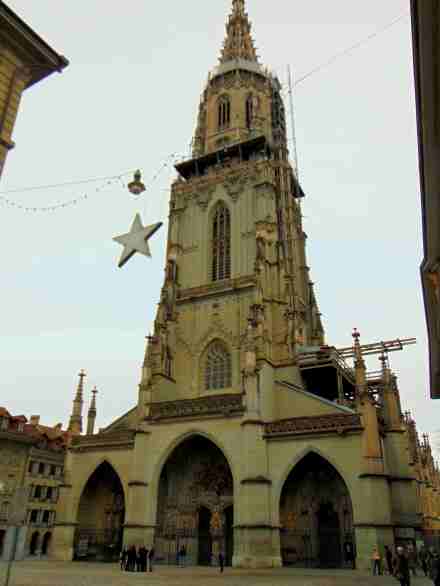 Since the 16th century, the city has had a bear pit, the Bärengraben, at the far end of the Nydeggbrücke to house its heraldic animals. The currently three bears are now kept in an open-air enclosure nearby, and tourists can admire them, except when they’re in hibernation during winter time. The Federal Palace (Bundeshaus), built from 1857 to 1902, which houses the national parliament, government and part of the federal administration, can also be visited. 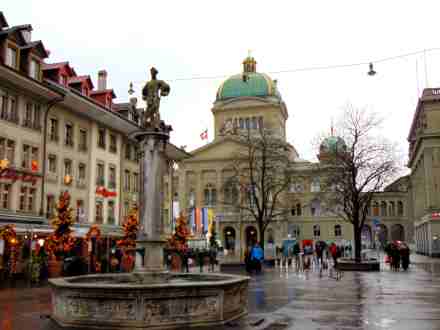 Finally, if you’re interested in the character of Albert Einstein, he lived in a flat at the Kramgasse 49, the site of the Einsteinhaus, from 1903 to 1905; unluckily, this January the house was closed and we couldn’t visit it, but we visited an interesting exhibit about Einstein inside the “Historisches Museum”. It’s a bit expensive (18 CHF) but really complete, you’ll explore Switzerland through centuries visiting it, from Roman time to nowadays.

8 thoughts on “CITIES OF THE WORLD: BERNE”