United States are so big and variegated, you sure already know. Few years ago someone told us about Solvang, a small town in California, Santa Barbara County, really particular. Why? Because in this tiny pretty town you seem to be teleported in a Denmark village.

Solvang means “sunny field” in danish. The city infact was founded in 1911 by a group of Danes who traveled west to establish a Danish colony far from the midwestern winters. The city is home to a number of bakeries, restaurants, and merchants offering a taste of Denmark in California. The architecture of many of the façades and buildings reflects traditional Danish style. There is also a copy of the famous Little Mermaid statue from Copenaghen. 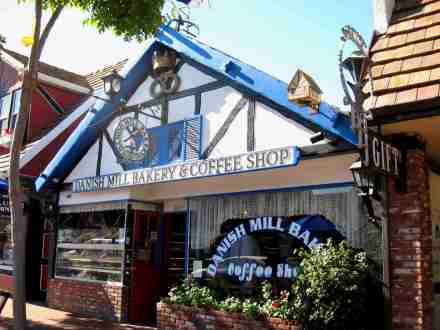 History tells us that, between 1850 and 1930, a considerable number of Danes left Denmark, which was suffering from poor economic prospects. According to some estimates, as many as one in ten Danes emigrated during this period, mostly to the United States. The most popular destinations for Danish settlers were States like Utah, Illinois, Nebraska, and South Dakota. 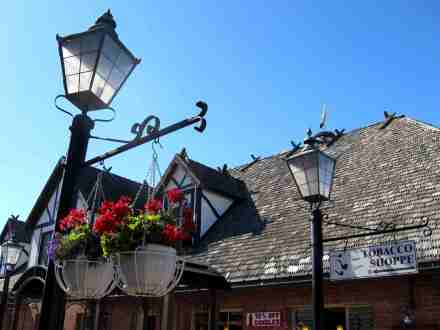 And now, let me tell you why you should visit it, maybe in a couple of hours, like we did. It’s true that it’s not a main attraction, but it’s funny to suddenly feel the sensation of not being in California anymore.
The architectures will surprise you: there are several windmills that have been converted into small businesses on many street corners. If you look carefully, there are storks perched above several buildings. Horse drawn carriages are a common sight in its streets. Businesses are linked close together and have wood trim on the facades, that are often in the form of a pattern, usually crisscrossed. This gives the city more character.

If you want to taste something different, pastry shops and bakeries will be your main attraction: you’ll be pleased to find lots of Danish cookies and pastries to taste. If you love chocolate, you’ll find as well great shops: maybe a little pricey, but it’s normal for a touristic place, after all.